I write code and do housing politics. 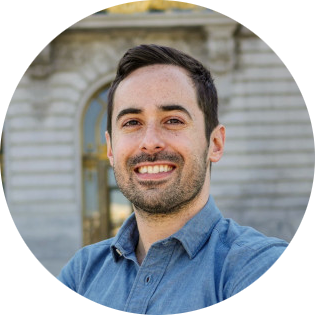 San Francisco is having a special election on February 15 for the School Board Recall (aka Board of Education Recall), Assembly District 17, and San Francisco Assessor-Recorder.

If you’re a pissed off voter and want to vote for change, you have to vote for it. Don’t vote for the same people we’ve been electing for decades, vote against the incumbents and for newcomers and political outsiders.

Voters trust and vote with the Democratic Party endorsements. The endorsements can easily create a 12% vote margin (about 62,000 votes) in these high-stakes elections that determine state and national policy.

You must register for ADEMs by January 11, 2021, and some of the prerequisite steps can take several days, so DO THIS NOW!

Moving From Medium to Hugo

Medium mostly served me well for the five or so years that I used it, but recently I’ve had a desire to take back control over my content. Friends have been leaving medium for substack, but that’s yet another platform where you don’t actually have control over what you produce. After an extremely bad interaction with medium customer support, I finally took the plunge and moved all of my content to my own website at sbuss.dev.

In this post I’ll walk you through the process of setting up a new Hugo-powered website, using medium-to-hugo to automatically export your content from medium to hugo-compatible markdown files, and deploying the final product with netlify.

#Back to Blogs, #Tech
read more

I’m doing something a bit different this election… I teamed up with an incredible group of techies to launch the Tech Worker Voter Guide!

We did candidate outreach and performed deep research into every ballot prop. If you live in San Francisco and work in tech, then check out https://techworkers.vote!

We are pro-tech, pro-jobs, pro-immigrant, pro-growth, and pro-progress.

If you want to build the future, then we first have to rebuild our institutions.

Marc Andreessen is right: it’s time to build. The majority of us really want to live in a society with adequate housing, incredible medical technology, beautiful high rises and clean, fast, and reliable transit systems. So why don’t we have it? It’s not as simple as just not building, it’s that our institutions don’t allow us to build.

Ezra Klein sums it up well in Why We Can’t Build:

The institutions through which Americans build have become biased against action rather than toward it. They’ve become, in political scientist Francis Fukuyama’s term, “vetocracies,” in which too many actors have veto rights over what gets built. That’s true in the federal government. It’s true in state and local governments. It’s even true in the private sector.

While we in the tech industry have been focused on building internet technology, launching new industries, and building a society capable of responding to the coronavirus lockdown with remote work, NIMBYs and other rent-seekers have made a bright future illegal. They’ve captured our cities and live off the rent. Their philosophy is to reject growth at every opportunity for the sake of their suburban aesthetic and their million-dollar Eichlers. To complain, when a scrappy neighbor starts a company in their garage, about the impact it could have on local street parking. To use the full power of the state to stop a new apartment complex or a new factory or to kill a startup.

Pissed off at the Pissed Off Voter Guide

If they are so pissed off with the state of the city, then why did they endorse nearly all of the incumbents running in the upcoming March 2020 election? I guess I’d be pissed off, too, if I kept voting for the same people misgoverning San Francisco year after year!

I’m running for the SF Democratic Party County Central Committee (DCCC) which means, among other things, that I get to fill out a bunch of candidate endorsement questionnaires sent by various local organizations. By far the worst one I saw was for the League of Pissed Off Voters. It’s 5 pages of yes/no questions and demands for loyalty to the NIMBY fauxgressive machine. You aren’t allowed to explain your answers. You aren’t allowed to provide evidence. You must toe the party line.

Here’s how I’m voting in the March, 2020 San Francisco election.

When I was running for San Francisco Democratic County Central Committee (DCCC) in the March 2020 election, I wrote an outline of some of my general policy positions. I’ve duplicated them here, for posterity.

You can find a much more thorough overview of my worldview in It’s time to legalize building.

San Francisco just passed an increase to the fees on new office construction and it’s being sold as “$400 million for affordable housing.” In fact, of the $400 million, only $154 million is new revenue, and it’s spread out over20 years. That works out to only $8 million per year in new revenue (or about 30 units of subsidized housing1).

This comes at a cost of $300 million to GDP and over 1000 jobs lost over 20 years, and higher rents for nonprofits and businesses. We can build more low-income affordable housing by lowering barriers instead of killing the economy that employs San Franciscans and funds government services.

I will use my San Francisco Voting Framework to give you recommendations for the November 2019 election. The numbers in (parenthesis) are the voting principles I’m applying to my endorsement.

If you think we need this kind of rigorous analysis in the Democratic Party, then please support me: Steven Buss for Democratic County Central Committee.